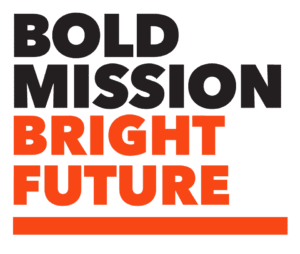 YWCA USA, which serves 2.3 million people annually, focuses its mission-driven work in three signature areas where we believe we can have the most impact:

Our current strategic framework is the culmination of consultation and exploration with YWCAs around the country and reflects YWCA’s legacy as a pioneering organization that squarely confronts social justice issues to make lasting, meaningful change. This approach defines our collective efforts, yet allows each YWCA to respond to the unique needs of its community.

As a collective, we look to achieve three signature outcomes:

Increasing the equal protections and equal opportunities of people of color

Annually, more than 160,000 individuals participate in YWCA racial justice programs and services that increase awareness, build coalitions, and transform local and national inequities in areas such as employment, housing, and voting.

YWCA's approach to racial justice goes beyond changing hearts and minds. We strive to transform communities, systems, and public policy. Most recently, we have been focused on addressing racial profiling and police violence as they impact women and girls of color. Past issue priorities have included hate crimes, immigration reform, voting rights, and fair housing.

YWCA also supports measures at the national, state, and local levels to advance and ensure human rights for women and girls around the world. As a founding member of the World YWCA, YWCA USA supports the ratification of the Convention on the Elimination of All Forms of Discrimination Against Women (CEDAW), a comprehensive, international agreement on eliminating discrimination against women in every sphere - economic, political, and social.

Our Legacy
YWCA knows that in order to lead the charge against racism, we must also set the example within our own organization. African American and Native American women have been providing leadership in YWCA's movement since the 1800s, and because of the leadership of women of color, in 1946 YWCA began working for integration throughout the entire organization, adopting an "interracial charter" that established that "wherever there is injustice on the basis of race, whether in the community, the nation, or the world, our protest must be clear and our labor for its removal, vigorous, and steady." That work culminated in the addition of the "elimination of racism" to our mission statement in 1970.

Empowerment and Economic Advancement of Women and Girls Expand

Increasing economic opportunities for women and girls of color

Each year, 76 percent of women and children served by YWCAs have incomes below the federal poverty level or less, the equivalent of about $23,850 a year for a family of four. We work to address the unique needs of those living in poverty and strive for outcomes that increase emotional and economic self-sufficiency. We provide more than 122,000 women with economic empowerment programs annually, and more than 2,200 military veterans and their families with housing, health care, career education, and counseling. YWCA also has an ongoing commitment - truly, a mandate of our mission - to provide leadership development opportunities to women and girls.

YWCA USA supports women's economic empowerment and a work and family agenda. Women comprise more than half of today's workforce. One in 4 women are now the sole or primary breadwinners for their families. An overwhelming majority of mothers with children under 18 years of age are working. Women of color are overrepresented in low-wage industries that lack basic workplace protections. There is no doubt that women are central to the economic well-being for their families and play a critical role in our nation's economic prosperity. Despite this, 21st-century workplace policies are out-of-date and do not adequately support a women's ability to balance work-family demands. All women and their families would benefit from family-friendly policies such as paid sick days, an increase in the minimum wage, and fair scheduling practices.

Health and Safety of Women and Girls Expand

Improving the health and safety of women and girls of color

Annually, over 900,000 women and families participate in YWCA health and safety programs and services, such as aquatics and fitness programs, health resources and referrals, and domestic violence and sexual assault services.

YWCA seeks to improve the lives of women and girls by providing high-quality health and wellness programs that are too-often not available to disadvantaged and marginalized communities of color. Annually, YWCA provides more than 400,000 women, girls, and their families with programs and services designed to address health inequities. Nationally, YWCA continues to advocate for increased access to healthcare and supports public policies such as Affordable. Care Act expansion that would greatly benefit the women, girls, and families we serve every day.

YWCA has long advocated for the health and safety of women and girls. As the largest network of domestic violence service providers in the country, we remain committed to reducing violence against women and girls, with a particular focus on gun-related domestic violence homicides. The need is very real. Every month, 46 women are shot to death by a current or former partner, and intimate partner homicides account for nearly half of all women killed each year in the U.S. YWCAs in nearly every state provide a variety of services and programs to more than 500,000 women and families annually, from emergency shelters and crisis hotlines to counseling, court assistance, and other community safety programs.

In addition to our direct services, for over 20 years, YWCA has hosted an annual Week Without Violence campaign. During the month of October, YWCA mobilizes people in communities across the United States to take action against all forms of violence, wherever it may occur. Through rich and complex dialogues on violence to workshops, community service opportunities, and public awareness events, Week Without Violence places the pervasive and intersectional nature of violence and its impact on the communities we serve at the forefront of the conversation.

The YWCA Westfield was established in 1894 to meet the needs of the women and girls in the community. Throughout the years the organization has grown and changed to meet the needs of the surrounding area, but the agency remains a membership organization. In the early 1900s, the YWCA moved into the building at 58 S. Portage Street and has been the home of the YWCA Westfield since then.

A non-profit organization, our programming is funded largely by grants, memberships, and donations from community members like you. In addition to regular employees who implement quality curricula for children, the YWCA Westfield is also governed by a Board of Directors who volunteer their time providing valuable learning opportunities and events for the village. 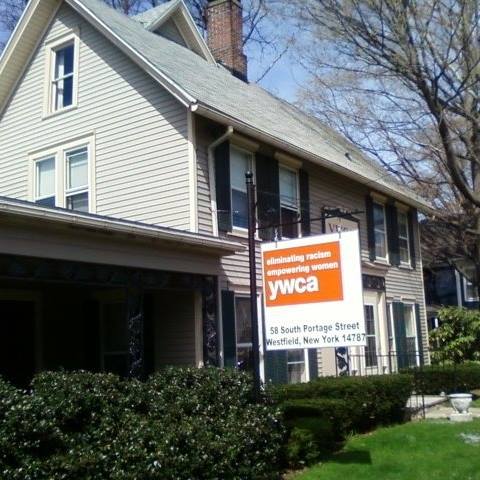